Asa brought over our travel journal (a physical book) that we kept for this road trip!  We for some reason kept track of our mileage, gas consumption, and the price of gas so I’ve added that to Part 1.

Gas and Onward to the Hoover Dam

Getting stuck in the middle of nowhere and out of gas is no bueno.   So one of the first things we needed to figure out was the Subaru’s fully loaded fuel efficiency.  This means our mpg with all our gear, both of us in it, both bikes providing lots of wind resistance, and traveling at mostly highway speeds.

Fuel gauges are notoriously inaccurate and fuel efficiency changes as a car ages.  This 2.2L 1998 Subaru Legacy Wagon was no different.  Its fuel gauge would stay above the Full line for about 100 miles before slowly sinking down to where it should be.  We had already gone 218 miles and by the time we hit Baker, the gas gauge was indicating around 1/4 tank left and gas was pretty pricey.

87 octane in Baker was $3.79 per gallon for regular unleaded, or about 50 cents a gallon more than city prices.  That’s something to be expected.  Every time we were out in the boonies, gas was typically more expensive.

In 2006, GPS Maps on smartphones really wasn’t a practical option and Google maps was just a neat toy.  Therefore much of our navigation and route planning was done with a trusty Road Atlas that I bought at a Barnes & Noble in RB.

The road atlas we got for the trip was spiral bound so that it can be opened and laid flat, had point to point travel distances between every exit, exit numbers, and points of interest.  We would stash it in one of the nooks and crannies in the passenger side which Asa mostly occupied as Navigator. 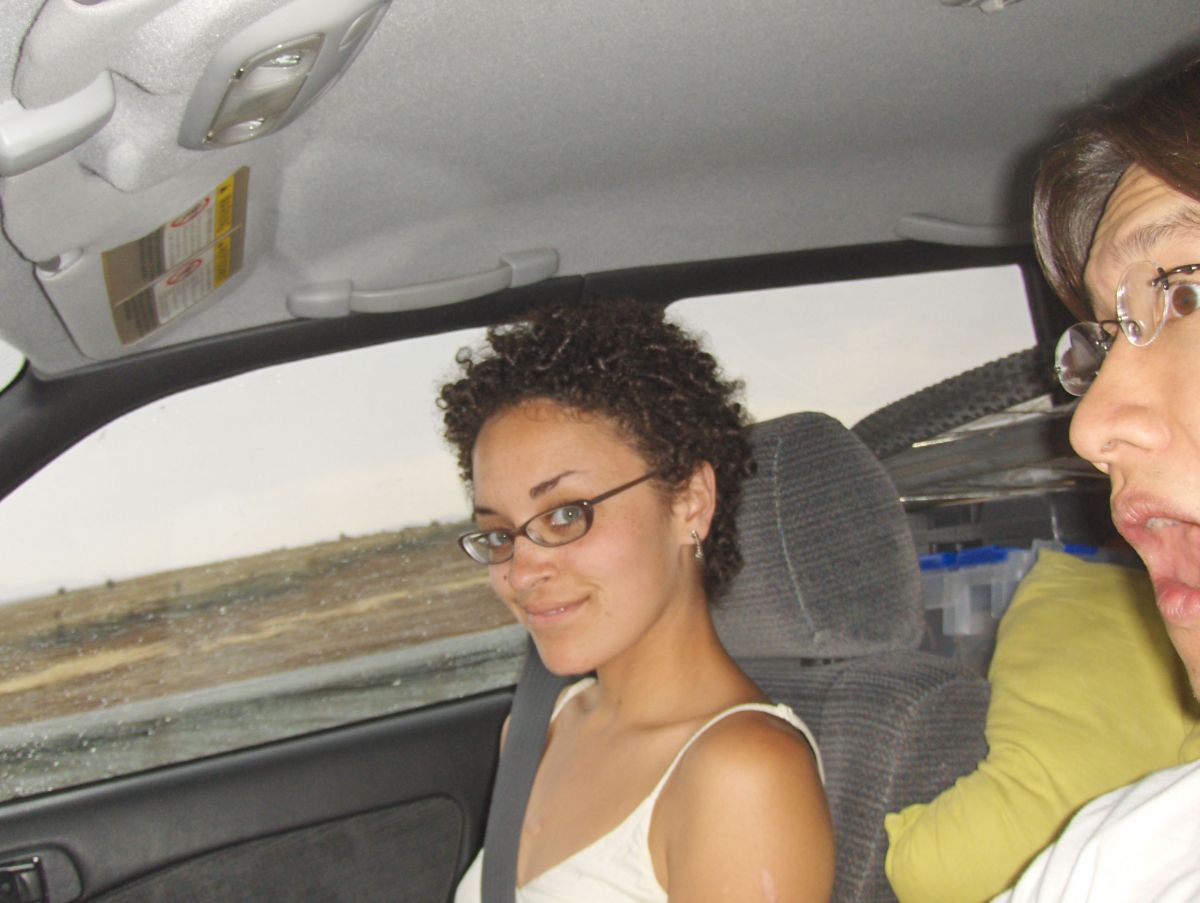 Compared to smart phones, gps, and internet everywhere that’s available now, I’d still choose to go with the physical map.  Once you get used to using it, it was much quicker than using a smart phone, it was dependable, you can scribble on it, and didn’t run out of batteries or need calibration… and it worked where there was no Edge network (3G wasn’t anywhere close) for data.

Consulting our road atlas, the distance from Baker to Las Vegas was 101 miles.  We decided to take a risk and push the gas needle lower, so we didn’t gas in Baker and headed straight for Las Vegas. 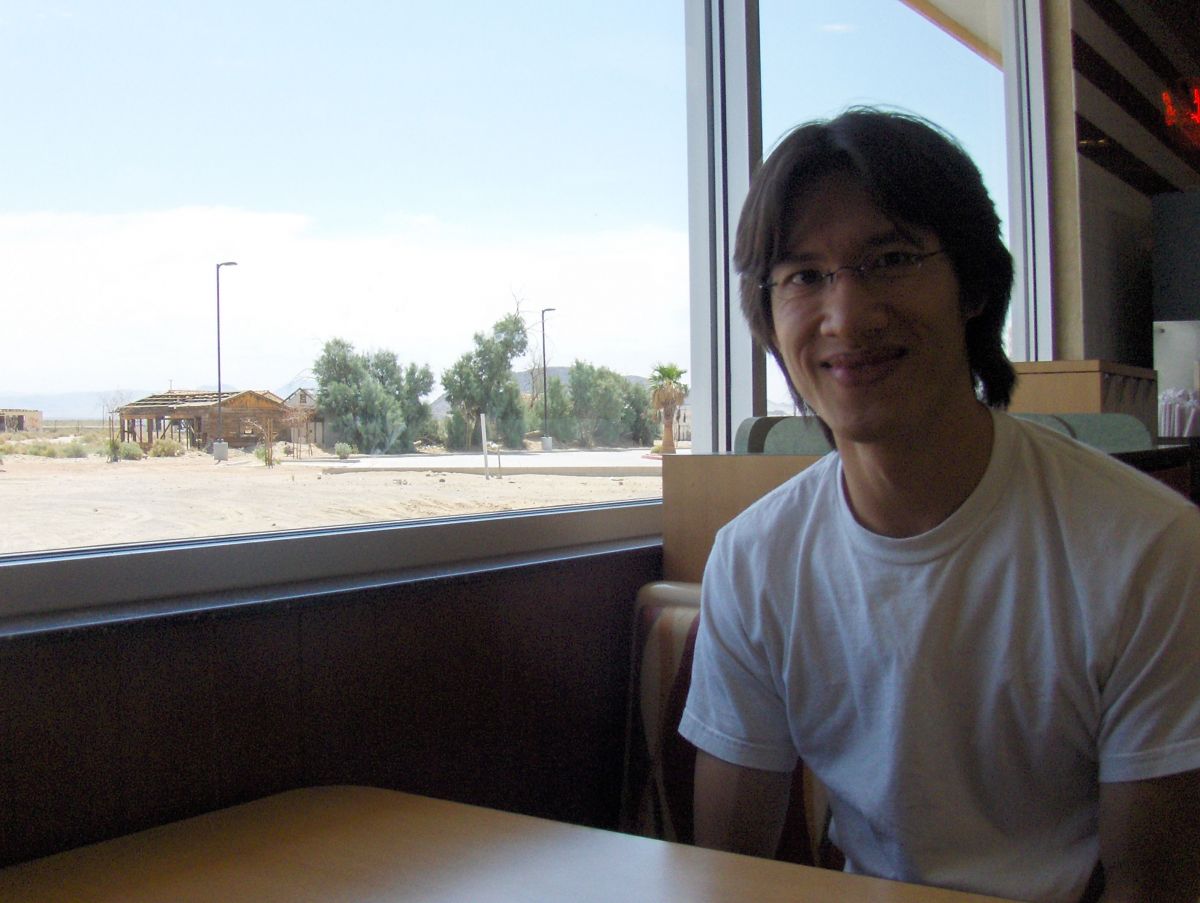 Correction from Part 1, we didn’t grab a bite at the Mad Greek.  I think that we found the place without anything appealing to Asa, who was then a long time pescatarian.  Instead, we stopped at the only other place that had something Asa could eat: Burger King.  Yes, in case you’re wondering, Burger King uses Morning Star brand veggie patties for their veggie burgers.  They taste just like a whopper, except with a veggie patty. 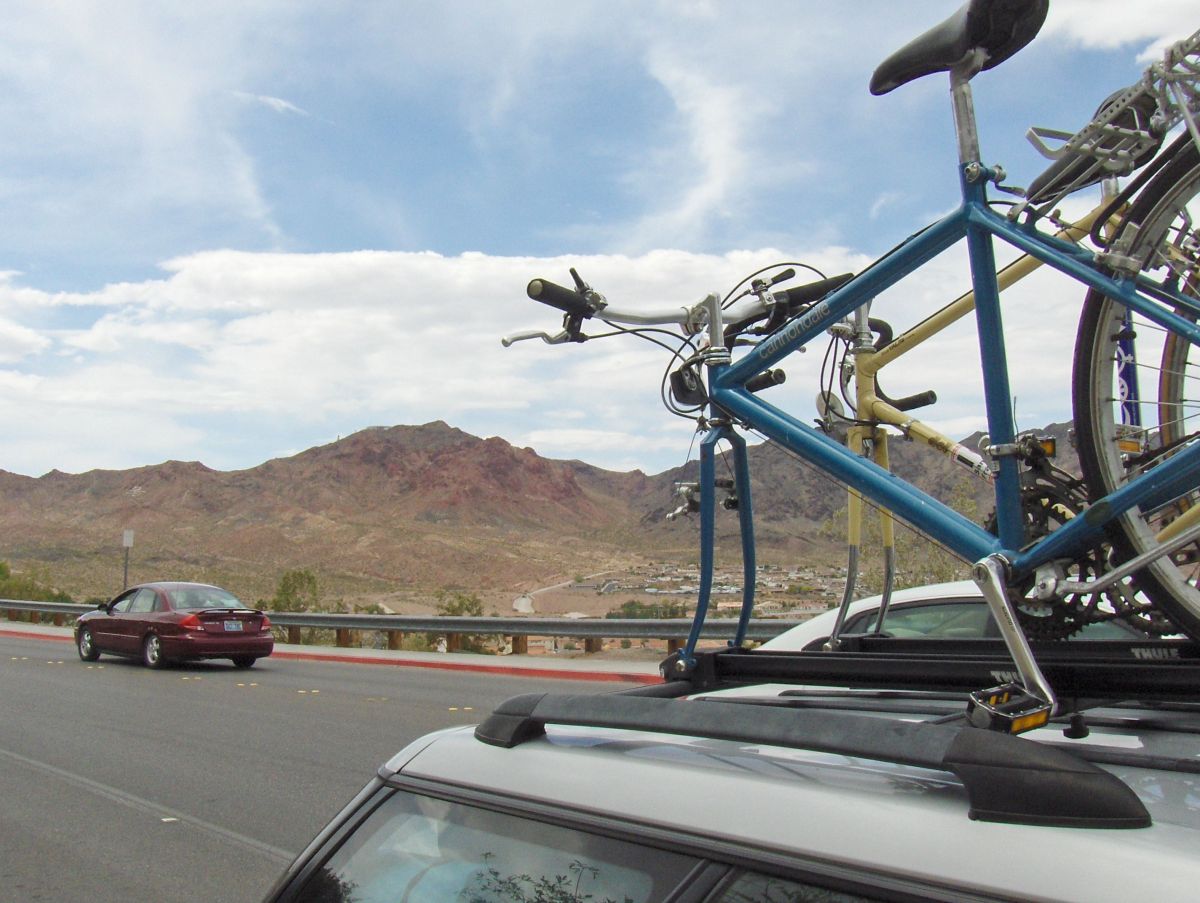 That puts us at 31.23 miles per gallon.  Not too bad for an old 137hp boxer gasoline engine pulling a wagon loaded to capacity with the aerodynamics of a brick.

As the towns fly by on the highway, you may be thinking… “You guys went to Vegas and didn’t stop?”  Yes.   There was nothing we really wanted to do or see in Vegas so why waste the time and money.

Ok, the road through the Hoover Dam turned out to be a parking lot.  As an engineer I really wanted to see this modern marvel, and was amazed at just how fucking huge this thing is and that they built it using slide rules, paper, pencil, erasers, and drafting tables.  I tried to capture the sense of scale…

They were doing a lot of construction at the time to build a bypass (started in 2005, finished in 2010) to allow passthrough traffic to fly by without doing the stop and go across the 2 lane road that drives on the dam itself… 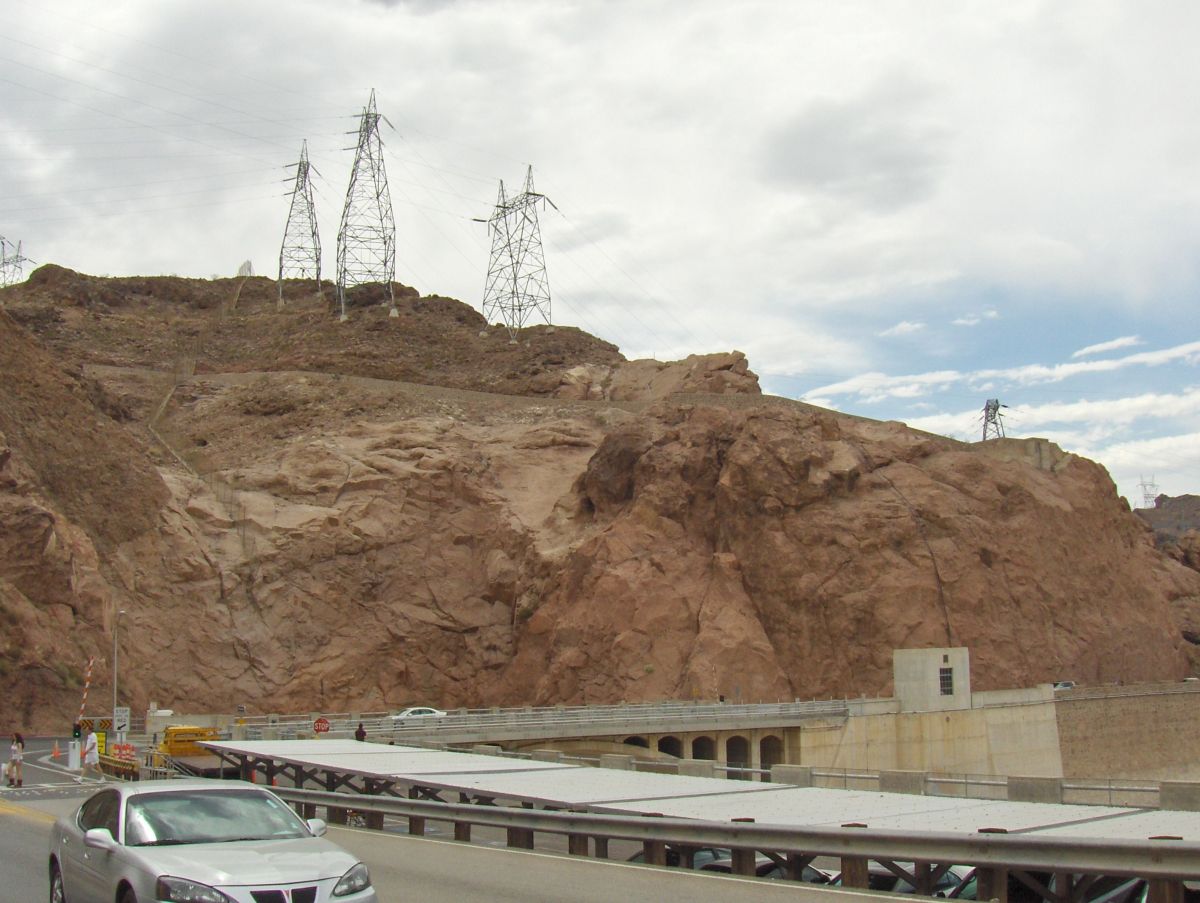 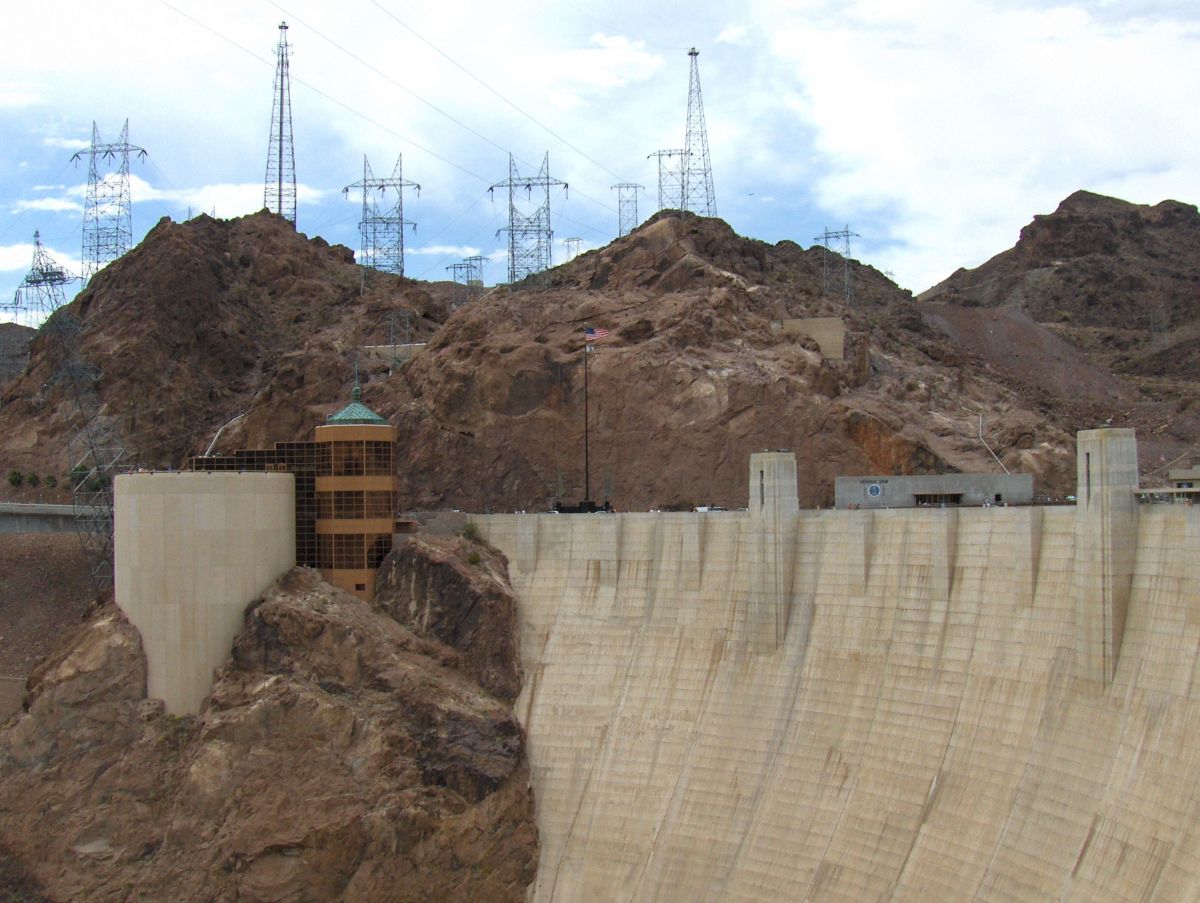 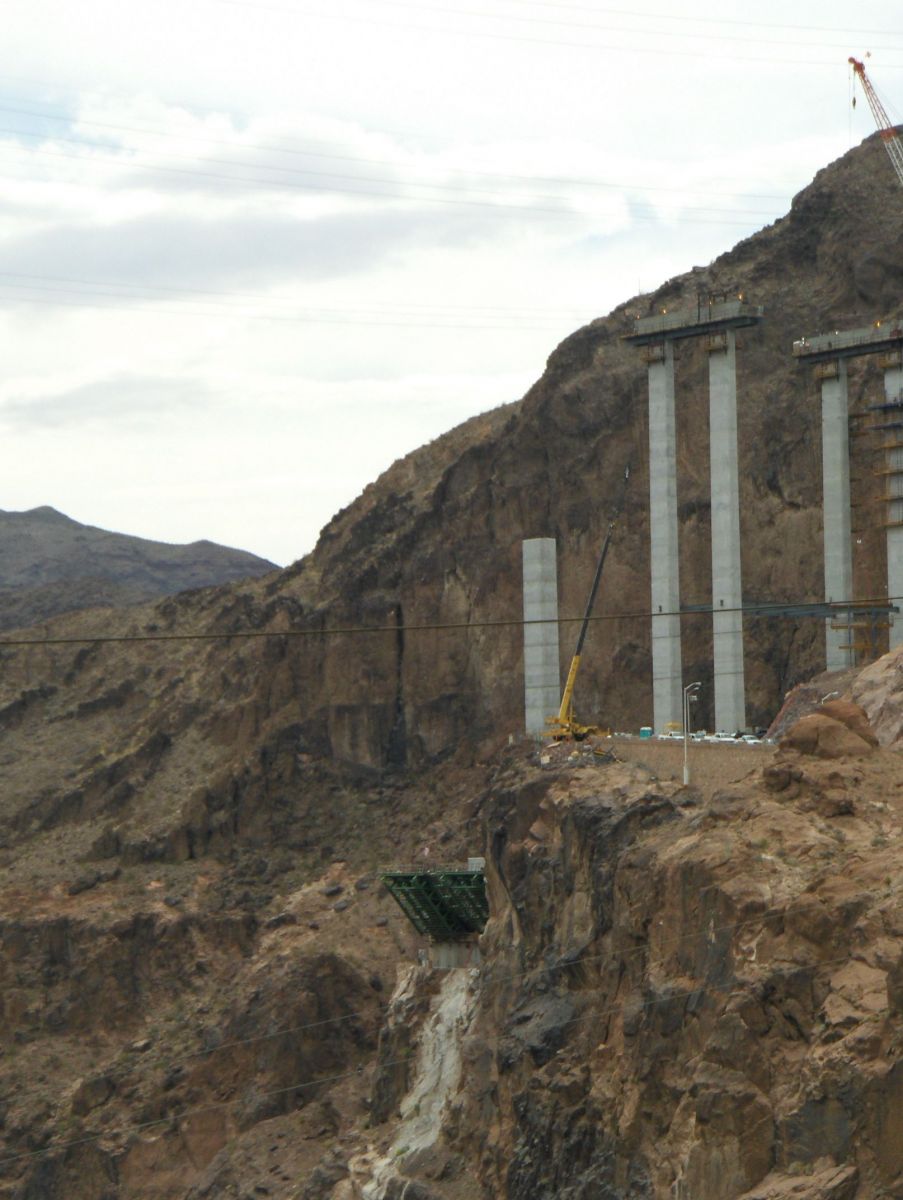 Getting to the Hoover Dam has you driving through a few switchbacks that ease the grade up to and then down from the dam.  The drive up to the Dam was admittedly much more peaceful and beautiful… 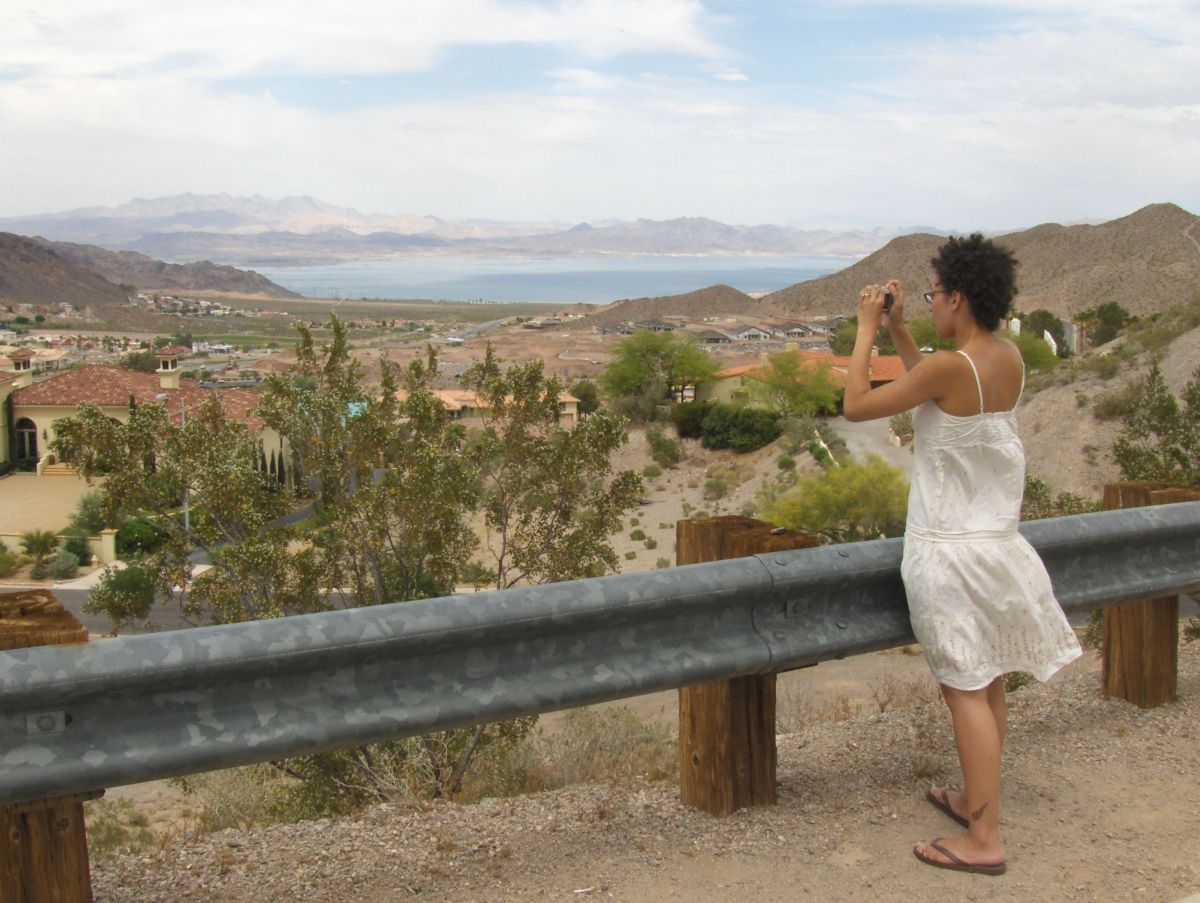 We stopped at the Dam, looked around, and checked out the free parts of the museum.

There was quite a bit of traffic so we hopped out of the car every time things stopped moving to capture some panoramas.  All our photos and panoramas were made with a pair of HP R725 digital cameras I saved out of the recycle/trash cube at HP before I left.

It was interesting working at HP in that we had this 8’x12′ cubical near the recycle bins where all the test hardware were kept.  And I’m not talking half functioning, bare circuit boards… These were all production test runs made in China and shipped by air to the US.  When I say test run, I mean at least 1000 units at a time test runs.

There literally were perfectly good cameras, all boxed up in their retail packaging, stacked 5 feet high.  The only thing that clued you in on them not being retail units were stickers covering up the UPC code.

The biggest difference between production hardware and test hardware was that their firmware was kept in flash eeproms which could take enough erasures and rewrites for development and testing.  In production, these chips were replaced with much more inexpensive read only mask roms.

There are also diagnostic ports, both serial and digital, but these connectors were left unpopulated due to the cost.  If we really really needed to, our techs would crack open the case and solder on some tiny tiny pins within minutes.

All they really needed was a quick firmware flash to the latest stable dev firmware (which any employee at HP had access to) and you were good to go!

Now onward to the Grand Canyon, the Death March, and finally getting asked, “You’re not from around here, are you?”

Location: Portland, Or Followed the instructions here from a recipe I found as one of the top google results for “sourdough starter”. Basically, you mix just a little more flour than water.  In this case, it’s 1/2 cup + 2 Tbs flour and 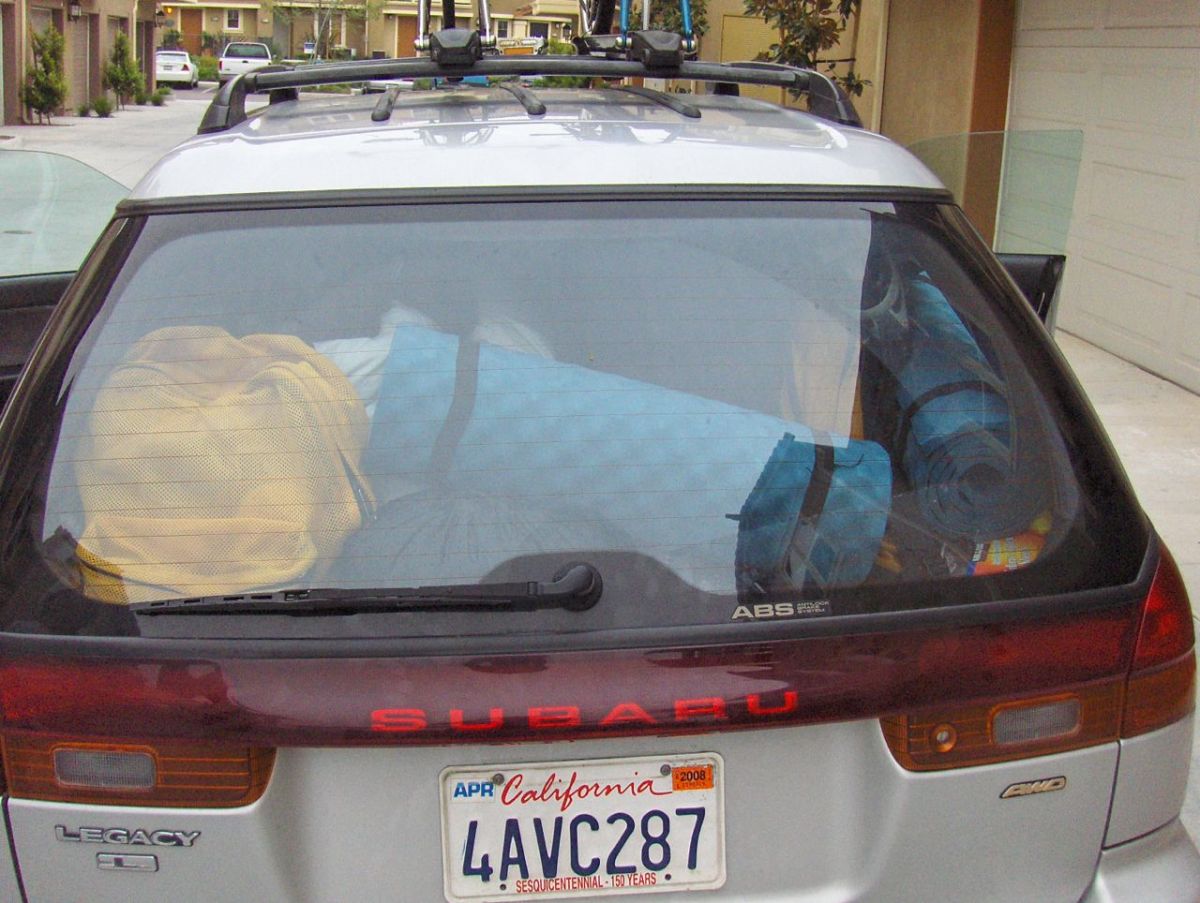 Do you want to move to boston? A Prelude of Things to Come Sometimes seemingly innocent and innocuous questions just like that can lead you down paths you never knew