The S/V Just Us’ design and refit doesn’t start when we buy the vessel.  It starts long before we’ll know what we’re looking for.  The S/V Just Us will be many things to us: home base, lock up, locomotion, shelter, and a floating amateur radio station.

A week before mother’s day, I sent out an email to Joe, Asa’s dad, simply titled, “building a tube radio.”  Maybe I should have titled it, “don’t quite know where to start with amateur radio, so let’s start with a tube radio.” He quickly set me straight that tubes and radio designs for on-land aren’t the best for a radio station out in the ocean. So after our first phone discussion and questions from Joe, and an email for clarification, he laid out the basics for receiving and transmitting to the world.  Here are the facts:

Item #3 about 50% efficiency is very important, as it means we’ll need twice as much power to ensure we don’t get or send out garbage,

“spectral purity when amplifying an amplitude modulated waveform such as single sideband or AM, will require about twice the power going in for what comes out”

A quick note about spectral purity, its one of the key characteristics we’ll be focusing on for transmitting and receiving.  (Found the following in this article from arrl.org: Lab Notes, What Rig Should I Buy?)

Amplitude Modulation (AM) radio carries its information as changes in amplitude. That’s why you hear pops and cracks in AM radio when you turn on the lights or if a fan is running nearby. You will need enough power to transmit a signal where the changes in amplitude are clean so that people far away can pick us up without excessive noise.

If you want to see what I mean, let’s use some math.  RF waves are in essence an electromagnetic wave that’s being sent out from your transmitter.

Using the same string wiggling analogy, your transmitting antenna is your hand doing the wiggling. On the other end of the string is your buddy holding the loose end and trying to figure out how hard you’re wigging the string from what he feels.

But as we all know form experience, by the time the wave and wiggles you put into it gets to your buddy, the size of the wiggles is much smaller. We have equations that describe this, but let’s just simplify it down to power drops off proportional to the inverse square of the distance from the source.  Or in other words, what can be detected and received by anyone will drop off very quickly.

Imagine 3 people, each spaced equally apart.  The 2nd person is half as far away as the 3rd person, and the 3rd person is 4000 miles away on the opposite side of the planet.  The middle person will receive a signal that’s 4 times stronger than the person at the end.

The world is about 7,918 miles in diameter.  So the furthest that you can possibly be is on opposite ends of the earth or about 4000 miles.  If we just look at a simple situation with a perfect clear line of sight and a flat earth, our 100W signal will turn into a 62.5nW signal.

This means that our transmitter must be able to transmit a signal in clean 1W increments, or 250mW for added margin.  That’s the challenge.  I’ll go through signal losses in a later post.  But I found this neat article here describing Path Loss for RF transmissions.

From that bit of information, we can starting doing done estimates for powering our vessel.

I had a discussion with Jim last week about how to drive the prop in our vessel.  Jim was an engine specialist in the Navy, so he knows all about what works and doesn’t work for spinning a prop in the water.  His suggestion: hydraulic engine.  I’m sure we’ll get into the disadvantages of using a hydraulic engine, but in the beginning phases, it was all about the advantages.

Design Requirements to Turn the Propeller

And a hydraulic engine serves this quite well:

So with a hydraulic engine, a compressor charges the accumulator, which provides the pressure to run the engine. The compressor can be run on battery power, solar power, generator power, or manual power. If we lose hydraulic fluid, we can use sea water or even our own urine if needed.  I’m liking this design… multiple fallbacks! But… back to the power design for our radio.  Since the engine and prop or completely separate systems, we can now focus on making sure that we have enough batteries to power everything as well as enough solar to make up any power we use. I’ve identified 4 different power modes we’ll be operating in:

An article I found searching for solar powered transceivers informed me that Tx and Rx power are different.  In a given hour, you’re not transmitting and receiving the entire time.   Instead, they gave a rough ratio of 1:3 for Tx:Rx.  So for every hour we transmit, we can expect about 3 hours of receiving.

Assuming we operate the station for 4 hours a day, we’ll be transmitting for 1 hour and receiving for for 3 hours.  Transmitting power is the 100W that Joe gave me above.  That’s a nominal 18A at 12VDC when transmitting.

For receiving, the power requirements are much less- essentially keeping the power on and to amplify and output the signal.    So when receiving, I’m estimating 2A at 12VCD.  That means we’ll need 20Ah at 12VAC = 240W of power.

Solar power output will be our weakest source of energy.  A typical 500W solar array consists of 5 100W panels, each putting out 19V @ 5.3A for full sun.  Amazon reviews of the panels indicate that on cloudy days, it’ll put out about 3A.  Therefore we can expect 3Ah out of our solar array for a power output between 285W and 500W.

But we’ll use the 285W figure for our estimates as nothing every runs at what its specified to do.  So 285W from the solar panels on a cloudy day >= 240W operating power.  45W to spare!  I like it.

We’ll need a 500W solar array which equals about 6-8 hours of sunlight a day to top up our batteries. 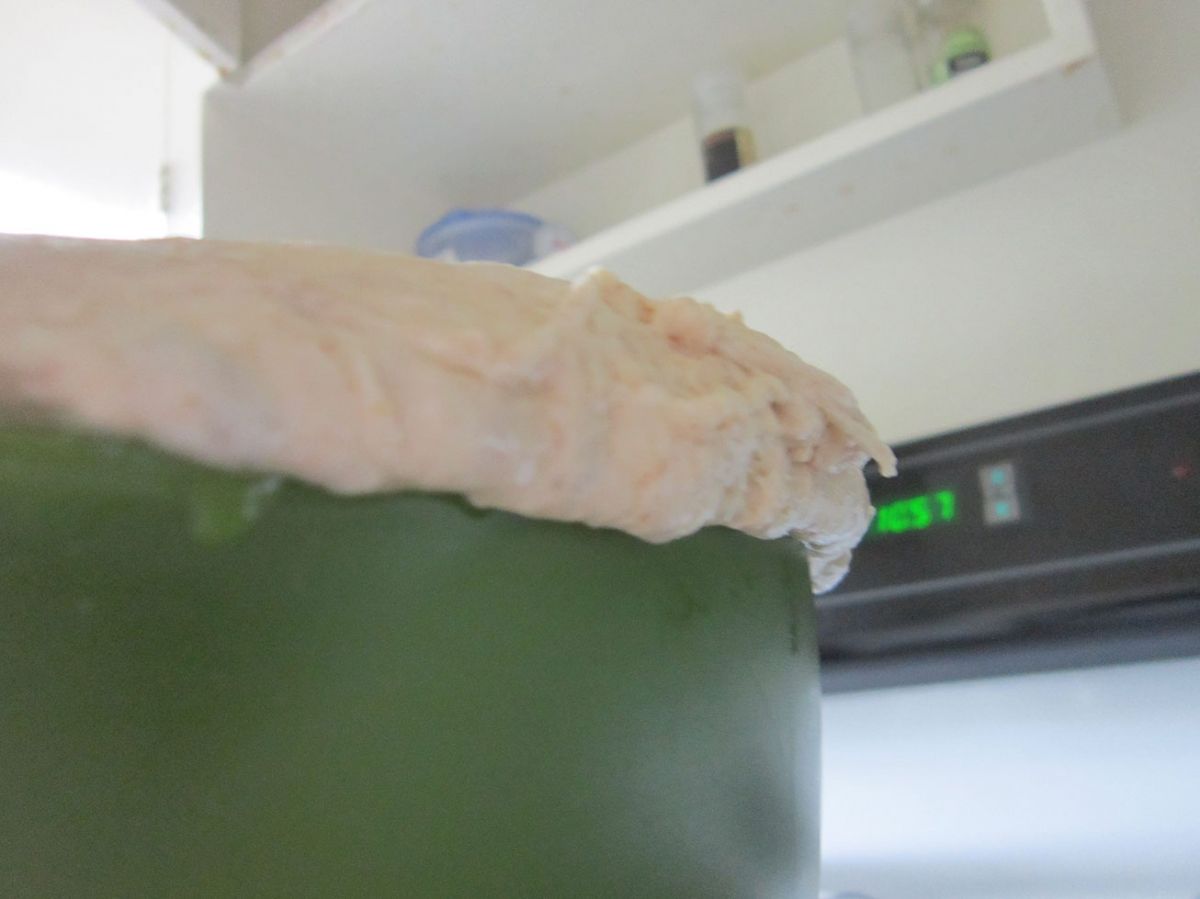 Feed: 2c Organic Unbromated Flour + 2c Water Smell: Smells like a light foreign owned domestic lager Look: Very active and bubbly, even when its cooler I gave away my first