Asa has done a phenomenal amount of work researching points of interest along the Oregon Coast.  A good amount of the text was copy and pasted from various sources Asa found through the web from personal reviews from people to articles on Trip Advisor – so we’ll be using these as a guide so that we don’t miss anything.  Have a look:

- **There are seven miles of beachfront in Lincoln City**. You’ll usually find the beaches filled with colorful kites, taking advantage of the winds in this city on the 45th Parallel. Lincoln City was named Kite Capital of the World by “Kitelines” Magazine. - **Pioneer ****Cemetery**: Many folks have felt the presence of spirits at the Pioneer Cemetery. It is on the inland side of Highway 101, just across the road from the Inn at Spanish Head in the 4000 block of south Highway 101. Even if you don’t feel the presence, the view is stunning and the gravestones interesting. Allow at least 30 minutes. No restrooms. Parking is available at the site. The road is narrow and steep. Caution is advised, particularly with a motor coach. Admission is free. - **Drift Creek Covered Bridge**: The oldest covered bridge in Oregon, built in 1914. The bridge has a Howe Truss and is 66 feet in length. After being destroyed by a flood it was rebuilt in 1933 by J.V. Curry of Toledo. From Lincoln City, turn east onto Hwy 18. From the Williamette Valley, drive west on Hwy 18 towards the coast. At milepost 4.9, turn south onto Bear Creek Road. After approximately one mile you will see the bridge on the left- hand side. The bridge is on private property; visitors are asked to park along Bear Creek Road and walk the rest of the way to the bridge. - **Finders Keepers on the Beach**: Finders Keepers, glass floats on the beach, runs from Mid-October to Memorial Day – with hand-crafted glass floats being placed along the 7.5 miles of public beach in Lincoln City, from the Roads End area to the Cutler City area. You find it, you keep it!

The Oregon Coast Aquarium is home to more than 15,000 marine animals including sea otters, sea lions, octopuses, sharks, tufted puffins and an array of tropical fish. Take an adventure through our clear underwater tunnel, and you’ll know what it feels like to be completely surrounded by sharks, rays and thousands of fantastic fish. The Oregon Coast Aquarium has been consistently rated one of the nation’s top ten aquariums.

## Florence
- Located on the central Oregon coast along Highway 101, **Florence is a scenic and recreational paradise**. A charming old town which was originally a mill town, Florence has a population of over 6200. Old Town boasts a number of interesting shops and restaurants, and there is a marina and RV campground on the waterfront. - **Sea Lion Caves**: Sea Lion Caves is nature’s home for wild sea lions and a variety of sea birds. Sea Lion Caves is located 11 miles North of Florence on the Oregon Coast. The vast cavern with the roar of the great Steller sea lions, the cries of the wailing birds, and the restless surge of the ocean into the cave below, form an unforgettable experience. - **Port of Siuslaw**: The Port of Siuslaw (pronounced sigh-YOU-slaw) is a publicly chartered special district under the law (ORS 777) of the State of Oregon. Though immediately adjacent to the City of Florence along the banks of the Siuslaw River, the Port is a special government entity that is separate from the City of Florence or Lane County. The Port of Siuslaw fosters and promotes economic development, offers commercial and sport boat moorage facilities, boat launch, and an RV Campground. Past and present economic activities include commercial fishing, barging of lumber and quarried products, land development and tourism.

- North Bend, **with its magnificent McCullough Bridge, is the northern gateway to the Bay Area**. It boasts a history of great innovators and business people. Asa M. Simpson and his son Louis were prime movers in the town’s development. North Bend was the hub of their northwestern timber holdings. - **Sunbuggy Fun Rentals**: The best prices on the best selection of the best OHVs on the Oregon dunes! Sun Buggy is the only place you can choose from this great variety of off road vehicles, UTVs, ATVs, and of course REAL DUNE BUGGIES! These prices include everything! You won’t be asked to pay extra for Helmets or Goggles! Sun Buggy has The Best and Newest Vehicles at the Best Prices! Voted “The Most Fun Possible on 4 wheels” - **Books by the Bay**: The variety of new and used books is a great find as well as fair prices. - **Warehouse 101**: Warehouse 101 is Coos Bay’s and North Bend’s most active nightclub, bar and hangout. Come see us any night and something will be going on… We’ll see about that. 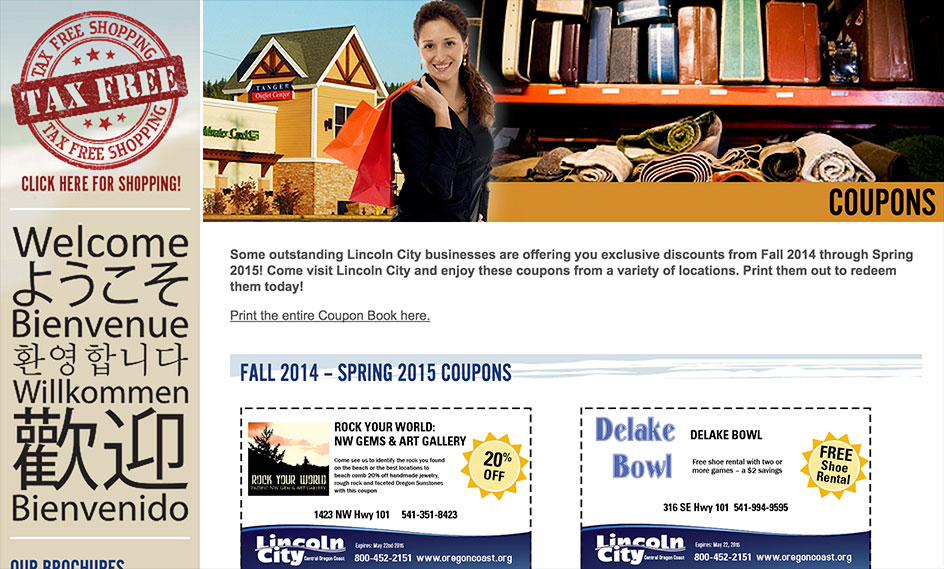 It was funky weather the last time we set off for Boston 8 years ago, and it’s funky again.  Last time, as we were driving through the middle of