It’s been awhile since my last post about our boat search.  When Asa and I really started looking at boats, we quickly gravitated towards a Catamaran.  The advantages for a catamaran almost made it a no brainer… and I guess at that point in our education about boats, our requirements and desired betrayed our inexperience with sailboats.

Our needs were based on our best assumptions… those for comfort, how much room we needed, etc.  But in the time since we started really consistently looking at and reading about the vessel that would one day call home, these assumptions have changed.

How much room do you really need?  When it comes to space on land, we’re all very familiar with it… how many rooms?  How much square footage?  How big is the kitchen?  What’s the bathroom like?  And, as we both thoroughly enjoy our own personal spaces, those needs naturally transferred over to the sailing realm.  We’ll need a cabin to each of us.  The more space the better!  Fabulous galley.  We love the idea of a trampoline… You know, all things that, as we’re finding out, are more suited for land living than they are practical considerations for a blue water cruiser.

So now the question becomes… what length vessel would we need to be able to accommodate two adults who like having their own space and one adventurous cat?  What length of vessel would be able to allow us to continue doing the things we like: cooking fantastic meals, space to work on our personal projects, and – more importantly – how large a vessel can two people and four hands handle?

Whereas before, we were researching for what minimum size vessel we’d need to be comfortable – we’re now thinking more along the lines of what is the largest vessel we can possibly handle ourselves?

At the rate of about $1000 per foot stem to stern, making sure that we don’t go too big will allow us to spend more of our resources on outfitting and provisioning the boat to suit our needs than we’ll spend on the vessel itself.

Before, even 45 feet sounded great as long as it was rigged right.  Now, we’re thinking that something around 36 to 40 feet would be the sweet spot for us.  Anything less than 36 would be very cramped.  Anything more than 40, and we’d be spending too much time and resources keeping her sailing.

I’m not going to lie… we were both initially in love with the idea of a catamaran.  And we fell in love with them because of the features they had.  A shallow draft meant that we can sail them in shallow waters and even up onto a beach.  But now, I question the wisdom of doing that, as sand and rocks will wear out the bottom very quickly.

The center salon always looks great in photos, and the two hulls would be great for us to have our own spaces!  But then you come across the issue of having to balance the two sides.  And the forces exerted on the center bridge create enormous stresses.

There’s a reason why cats usually come with two of everything.  Having to maintain two engines (or a single one on the center transom for a small enough cat) becomes a problem.

And then there’s the problem of cats being much more difficult to right if it capsizes.

Monohauls, on the other hand, have less.  Just less.  Less complexity means less stuff that’ll break.  And seriously, we want to sail and feel the spray as the haul is heeled over.  We want to use the engines as little as possible.  The shallow draft thing is just that – it’s a fun toy that will be great in some situations, but not all situations.

And with the right sized monohaul, the more inline layout of the cabins are actually an advantage… it’ll be much easier to balance the vessel port to starboard.  And in the case of a capsize, it’s much easier to right her again.

And last but not least, we’re falling in love with ketch rigs.  A ketch has 2 masts, the main and the mizzen.  Because you have two, the masts are shorter than with a single masted sailboat.  They’ve fallen out of favor because they don’t sail as fast as a sloop… but we’re not in any rush to get to where we’re going – otherwise we’d be motor sailing.

And ketches offer up some great advantages!  There’s less chance of getting demasted as the stresses are split between two masts.  If lose our rudder or something funky happens to our keel or centerboard, we have a natural backup by playing the sails against each other.

There’s also much less chance of an accidental jibe… something that can very easily cause a man overboard (or both of us)… take a look @ this video… and imagine if the sailors didn’t duck in time.

They fair better in rough seas as you can sail with the jib and mizzen.  With a single masted sailboat, you’re limited to just as far down as you can reef it.  Then, you’re at the mercy of the seas – you need to be under sail in order to steer the boat!

And… Ketches are damn sexy, if I may say so myself :) 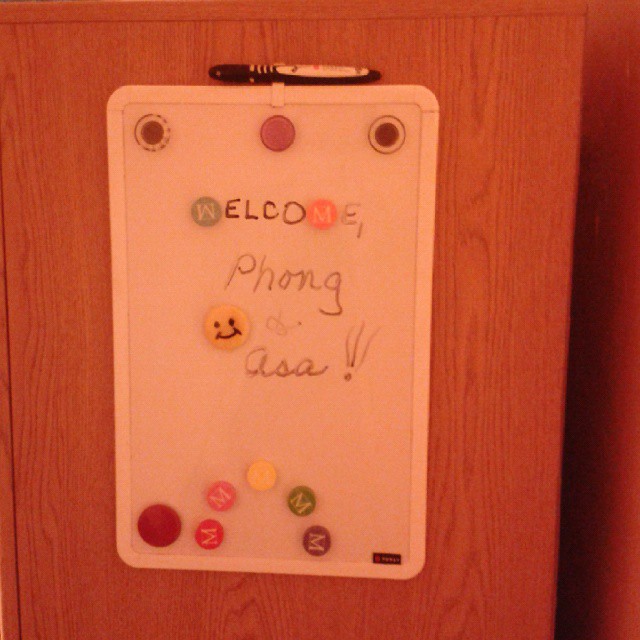 In all the excitement, we both forgot to put up at least a quick post to thank Dad, Uncle Rick, and Aunt Robin for everything!  It’s so true about 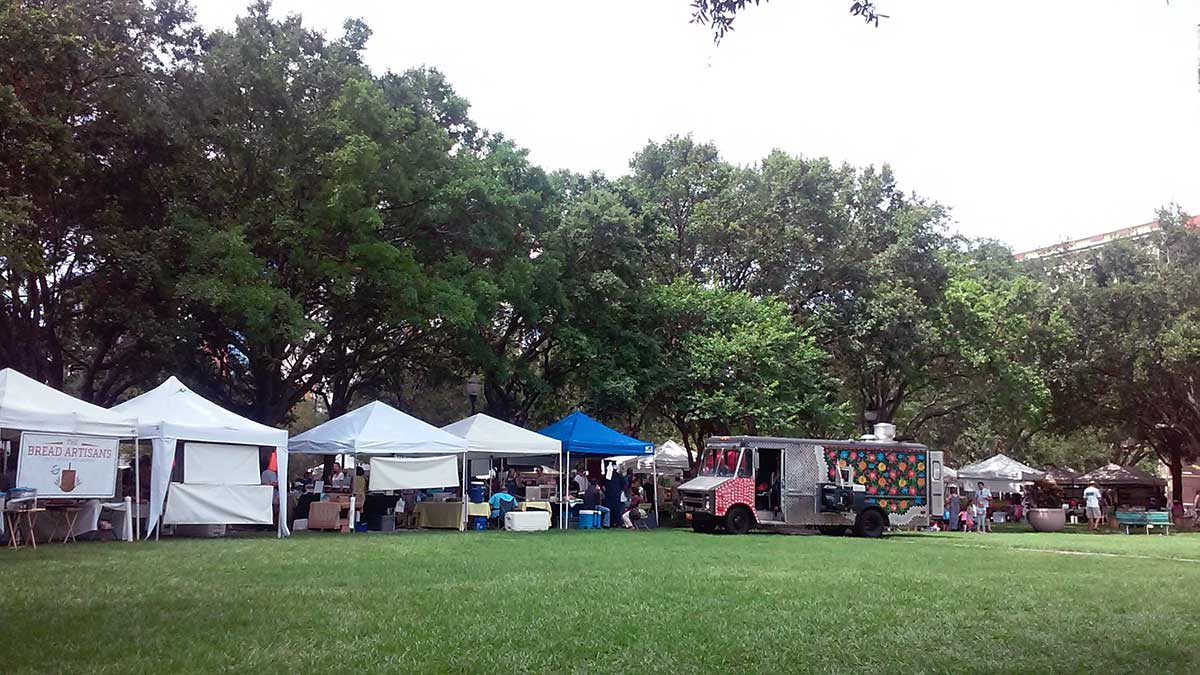 We’ve been to the Saint Petersburg Saturday Morning Market twice now, and I’ve gotta say, this ain’t too bad.  We can easily get all our produce for